Now that Max is four, Leif convinced me it was high-time that he get started in sports.  As a full-time working parent, the selfish part of me wants to keep our evenings free from commitments for as long as possible.  I'll admit that I am terrified of the activity-creep that seems inescapable in a family of youngsters.

Parental guilt seems to come in all forms, but the flavor that won out this time says "a four-year old needs the experiences of group dynamics, the self-discipline of a martial art, and plus...the do-jo is only 3 minutes from our house."So without further ado here is Max in his fabulous new role...white belt! 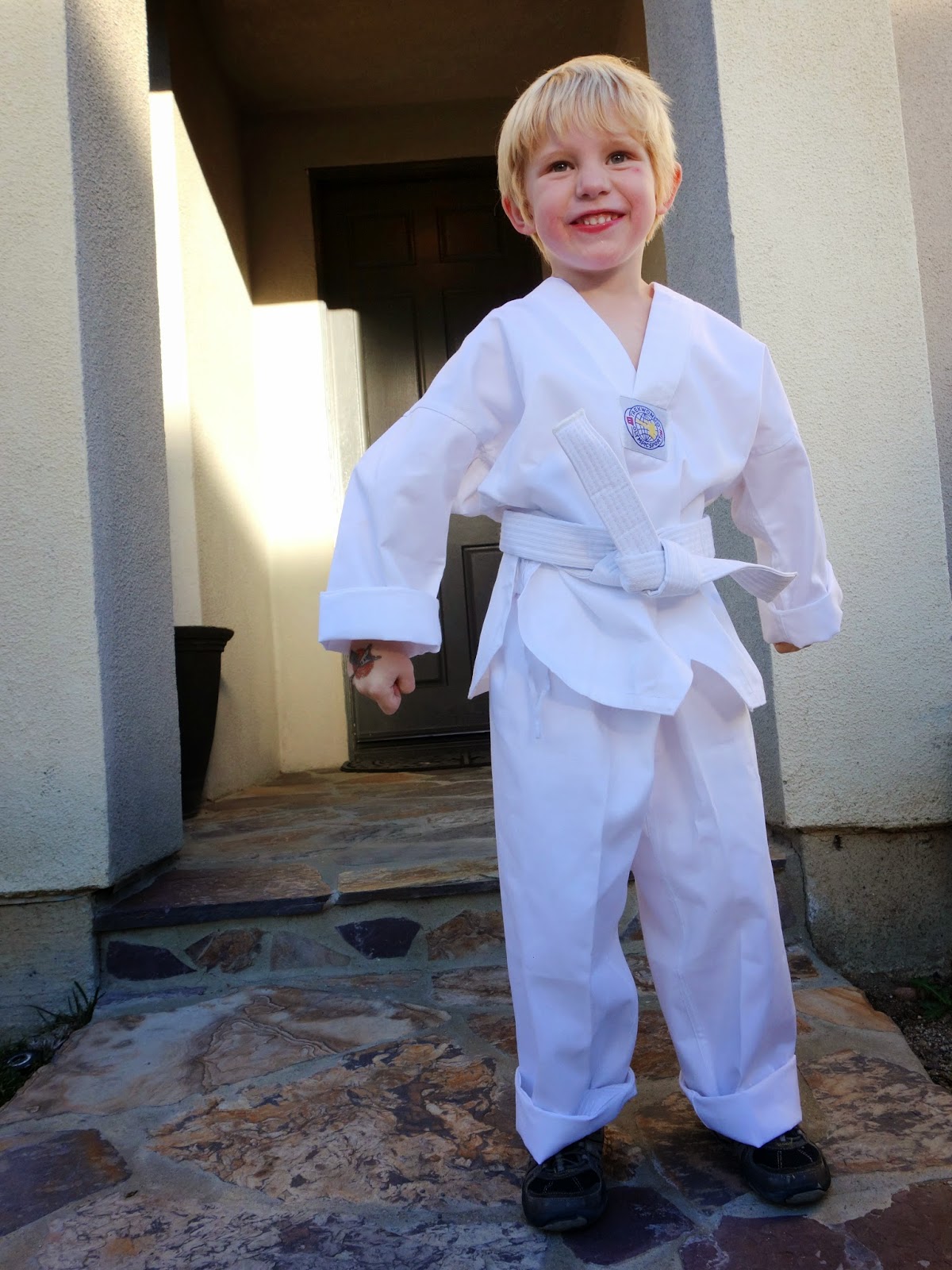 He loves getting to punch, kick and yell "ha-ya!" 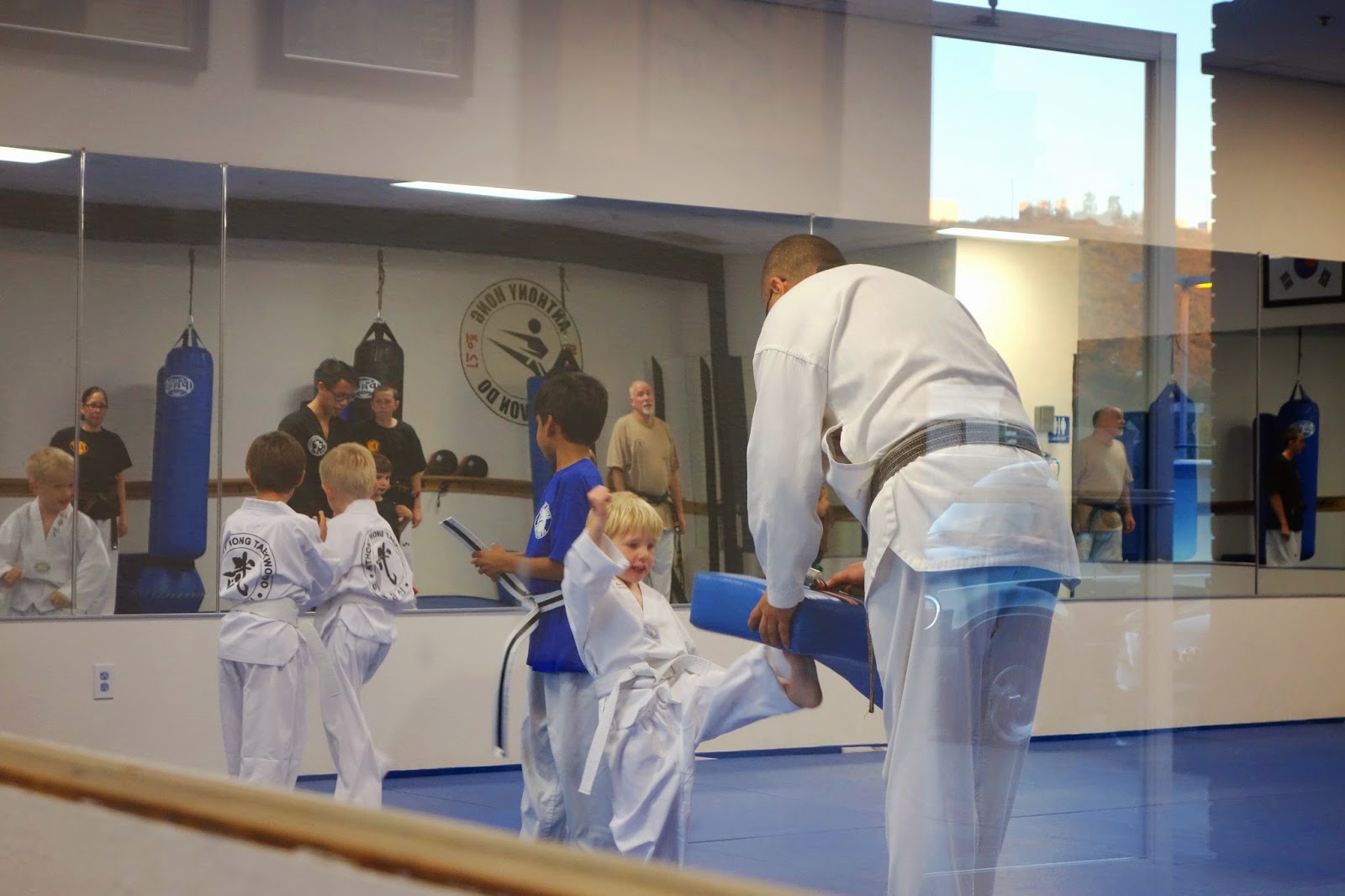 I wish I had taken a video of his first time doing the jumping-jack warm up. You have never seen something more comical than Max's twitches and jerks as he tries to mimic the big kids around him. Funny enough, he's a natural at punching.  I guess that means he's been practicing his jab at school (much to the chagrin of his teachers and peers). 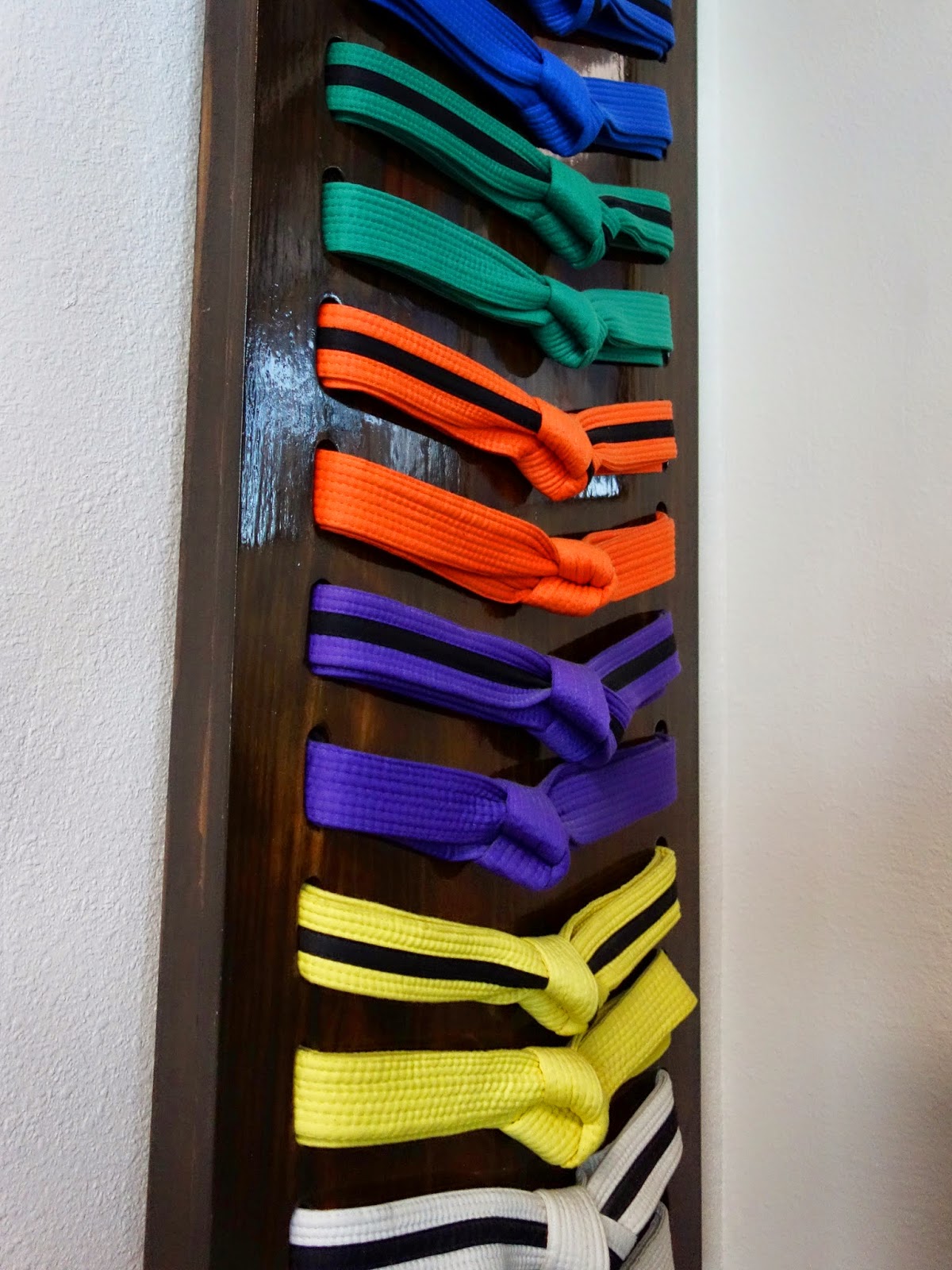 Turns out that even though adding an evening activity to our week takes planning, there is a nice reward.  While Max works on his round-house, mama gets to relax in the parent's observation room with a  good book.  Cheers to all of those hard working mama's and papa's out there keeping the balance.
Posted by Katie at 10:38 AM